Here we are at last — BSQC 2021 is upon us, and coming in just under the wire to (hopefully) be the last tournament played during a full lockdown, just as BSQC 2020 was the last in person tournament — though, I imagine, this will age well. Ahead of Saturday’s events, I present a preview of all the teams in what promises to be an exciting day. Given the quality of teams and the number of upsets that quizbowl can bring, a lot of what I say here will probably be completely wrong. Thanks in advance to George Charlson’s team who have worked tirelessly to Briticise the WORKSHOP 2021 packets for this event. This set will no doubt be very fun, having much more British content across literature, arts and history, as well as more pop culture than a standard tournament.

This year also saw the first qualification system for BSQC, with four instantly qualifying from their high placing at BSQC 2020. Of course, the winner is most likely to come from this group, but I wouldn’t be surprised if another team made it into the top 4 in 2021 given the unpredictable nature of quizbowl. Cambridge A are of course, the defending champion, and have looked strong all season, fielding their usual trio of top generalist Joseph Krol, history specialist Boyang Hou and music/science expert Liam Hughes alongside University Challenge’s Magdalene (Dan) Lawson. Still reeling from their agonisingly close defeat last year will be Southampton A, who were also runners up at the last two tournaments to Oxford B and Imperial A respectively. Perennial highest-scoring individual Evan Lynch will be assisted by fan favourites James Carrigy, Ethan Lyon (titans of film quizzing) and Dom Belcher — could this be the Southampton team to finally take the crown after so many years? To do so, they will also have to overcome their strange habit of losing against Cambridge C at BSQC, or indeed their own B team. The top two Oxford teams have both beaten Southampton this year and the A team are a good bet for the final due to the sheer amount of experience in the team of Alex Hardwick, Alex Peplow, science specialist Jacob Robertson and Oli Clarke, who has been in the top 5 individual scorers for over three years. Due to many graduations from Cambridge and Southampton over the past year, the Oxford side is narrowly the favourite for the title. Their B team could give all of these teams a serious run for their money with Laura Cooper, Alex Gunasekera, Freddy Leo and Seoan Webb making up a well-rounded side that cannot be discounted from the runnings. 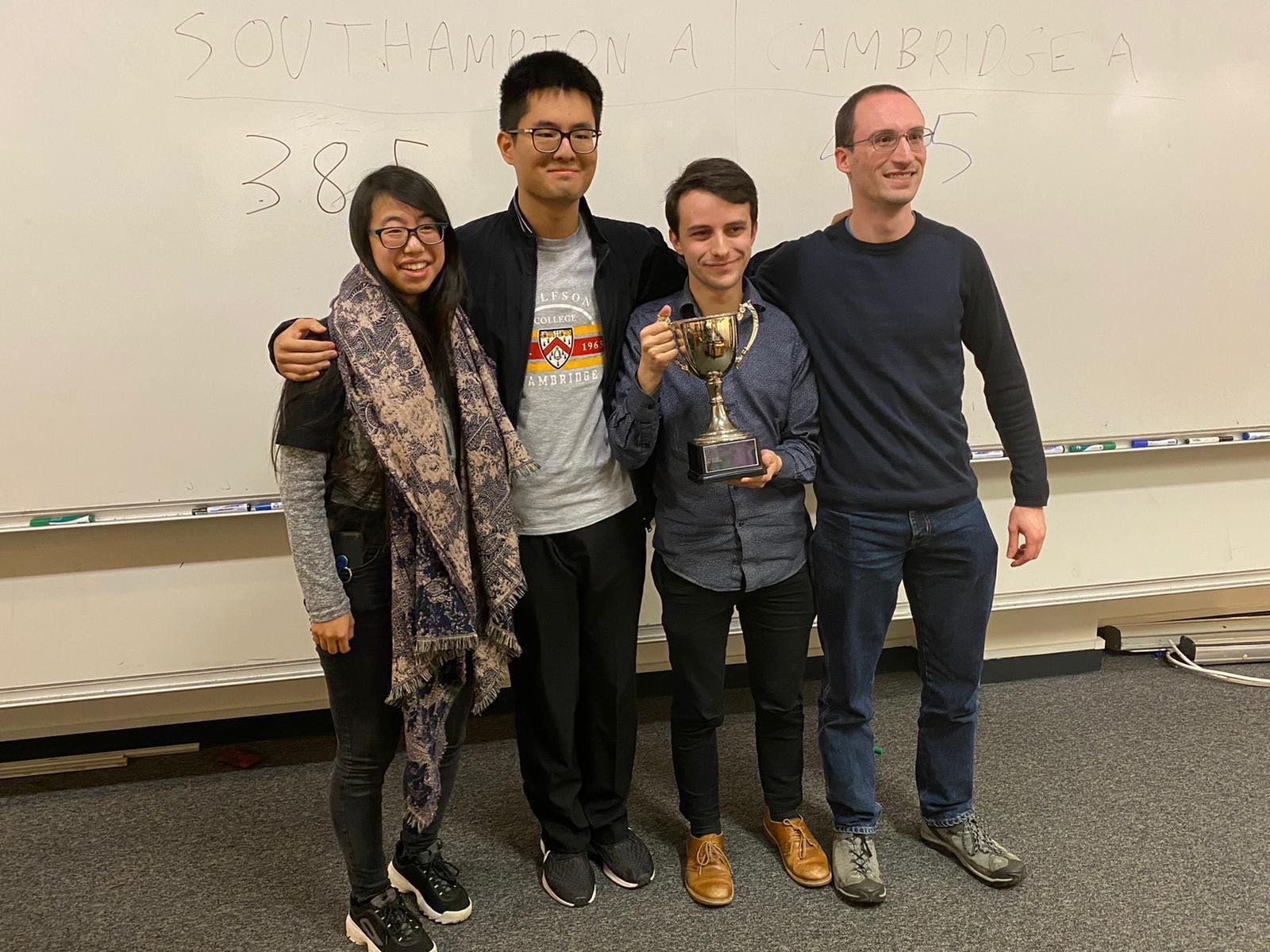 Cambridge A are of course, the defending champions, though half of their lineup has changed for 2021.

This year has also seen a strong season for Glasgow, Imperial and Warwick, all of whom have seen large improvements from their younger players, and could all threaten to upset the historic Oxford-Cambridge-Southampton hegemony in BSQC. Imperial A will come into the tournament buoyed by their surprise win against Southampton in the recent Last Chance Saloon tournament, their first ever tournament win. Ben Russell Jones, having seen the largest loss in UKQB history of -25 to 715 to Southampton A rather personally, has made an appearance with Nicholas Winter at most tournaments for Edinburgh A, although they will be lacking Rishi Sundar and most of the A team that finished highly last year. Still, regardless of the lineup, they have consistently finished highly alongside fellow Scottish team Glasgow A, where Vitalijs Brejevs’s full-strength squad is sure to cause a headache to most teams. Edinburgh, Imperial and Glasgow have faced knife-edge games from Bristol and Warwick sides, with the Warwick A team including the “recent answer to Eric Monkman” in Andrew Rout and experienced players across Warwick’s three teams guaranteed to know the core quizbowl canon. However, the unpredictability of BSQC and the increased difficulty may cause these teams a few problems, as it did in the ACF Regionals tournament. Meanwhile, Oxford’s habit of playing well-balanced teams has led to internal upsets in the past, with Oxford D, complete with mascot Rodrigo the Shark, having beaten the current Oxford C team in the ACF Winter tournament. Anticipate close games between any team with the word ‘Oxford’ in the name. 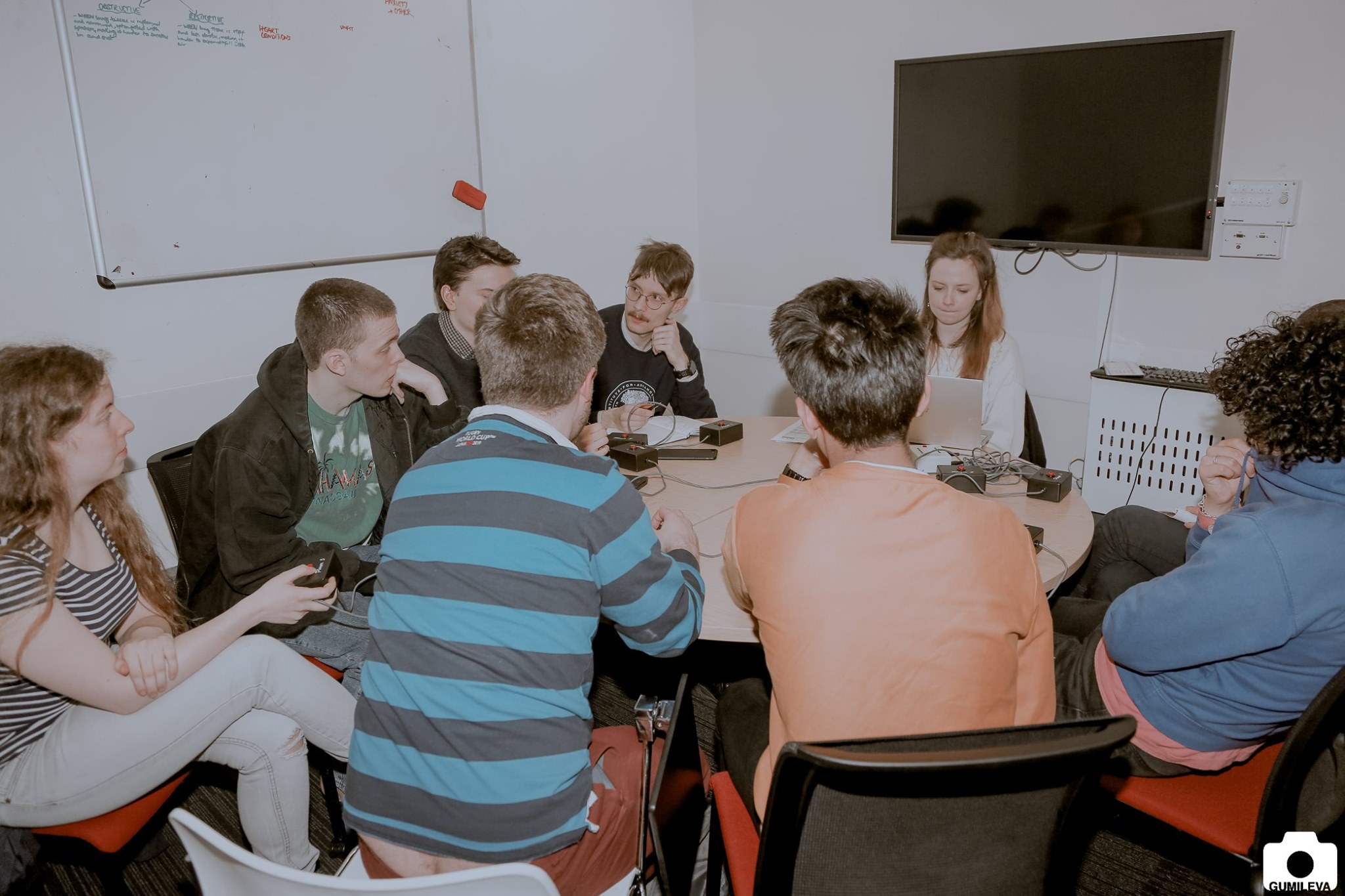 The Glasgow A–Edinburgh A Scotland derby for 2020, with both teams fielding very different rosters in 2021.

Several new University Challenge teams will be taking part too, and there should be friendly rivalries brewing between Oxford Brookes, Imperial B, Birmingham, Glasgow B, Queen Mary and York, the latter featuring nascent quizbowl star Eoin O’Reilly.

Of course, as in the name wildcard, many of these teams with a wildcard (also including Cambridge D and Manchester) are hard to predict and could do very well, particularly the experienced Manchester squad of quiz league stalwarts Alex Antao, James Haughton, Joe Hanson, and Charlie Rowlands, alongside recent University Challenge players Patrick Jones-O’Brien and Alex Spacey.

If this sounds exciting, and you’re not playing on Saturday, why not consider signing up for the two remaining events of the term: STASH and Spring Novice. We’ll also be presenting a series of guides for those wishing to improve at specific subjects in quizbowl, so watch this space. Good luck to all involved for this Saturday!

If you’re still looking for a more detailed breakdown of the teams, then check out UKQB’s Outreach Officer, Tom De Bock on AllThingsQuiz’s Quiz Week tonight. When asked about Saturday’s tournament, Tom said “I really am looking forward to reading on Saturday. It looks like the competition will be strong at all levels, including for the overall win.”